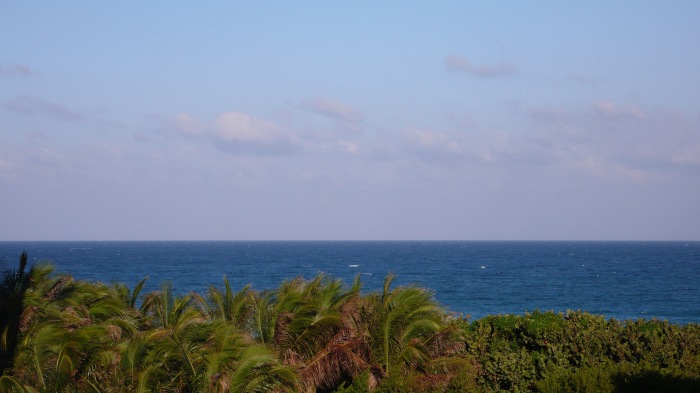 Improbably, José Fernández and I sort of occupied the same space for a short time in 2012. I was an usher for the Greensboro Grasshoppers during Fernández’s brief tenure in single-A ball.

I remember early in the season when Fernández was pitching, one of the club’s executives was standing next to me. “Enjoy him while you can” he told me, “talent like that won’t be in A ball for long.” Even if I hadn’t been told he was a player to watch I would’ve figured it out pretty quick. He was big and smiley. He had an easy laugh and made friends quickly.

Before his starts he would run up and down the steps of the empty stadium or do crunches on top of the dugout. As hot as the sun was in North Carolina, it wasn’t anything like it had been in Cuba.

During these warm-ups he’d laugh and it would echo throughout the concourses. A lot of people, including Don Mattingly would later compare Fernández to a little boy, a little leaguer, but in those days he reminded me of a puppy–a big golden retriever with a killer slurve.

I paid special attention whenever Fernández took the mound. I tried not to miss a single one of his fastballs, if you looked away you might miss the one that every so often would top a hundred miles per hour.I learned about him in pieces. That’s what happens in the minors. You get little tidbits of biography: where a player was born, if or where they went to college, things like that. You can’t find extensive biographies online like you can for the big leaguers–many of the single A players didn’t have a page on baseball reference or Wikipedia yet.

So one night I might learn that José had been born in Cuba or that he had been a first-round pick out of Tampa high school. Another night I learned that Fernández had tried to come to the US by boat and by raft, three times, and that each time had failed. If the Coast Guard caught defectors before they made landfall they would be returned to Cuban soil. On more than one of these trips Fernández’s boat was intercepted within sight of Miami. He had been jailed by Castro’s Government multiple times by the time he was 16. In 2008, he and his mother had finally made it to Florida. This time, they had decided to go to Cancun. The seas would be rougher, but this way they could hopefully avoid the Coast Guard.

I later read in a profile on Grantland that on that trip a wave had swept over the deck of their boat and washed Fernández’s mother out to sea. Without hesitation, José had jumped in and powered through the water to get to her. He had held her head above water with his left arm and paddled with his right. They both survived.

I watched him use that right arm to throw strikeout after strikeout in Greensboro, and then one day maybe halfway through the season we got word that José had been called up. Greensboro had only had him for a couple months and then he was gone. That’s how it usually goes in the minors. The greats are gone almost as soon you realize how good they are. José wasn’t going to be a player who developed and learned his trade through years of minor league work. He was ready. The next season he was named the National League Rookie of Year.

His story wasn’t just his or Greensboro, now he was pitching for Miami, for Cuba, for baseball. He was playing in Miami, a city he had once been turned away from. It was the perfect city for him–though the fan in me wished I could see him in a Cubs uni someday.

On highlights, he seemed to love baseball as much as any player I’d ever seen. I’ve heard people compare him to Ernie Banks–both a joy. I saw him cheering from the dugout on Sportscenter and remember him slapping my back after one of those workouts in Greensboro. I would wonder if he’d recognize me. How many backs he must have slapped, how many hopeful excited faces must’ve looked back at him.

This morning word came that he was gone again. This time, it wasn’t like when he was gone in Greensboro. This time, there was no joy. No sense of an accomplishment well-earned. Early reports say that he and two friends died in a boating accident off of Miami Beach. Last week he had announced that he and his girlfriend were expecting their first child. He was supposed to pitch tomorrow. Now Adam Conley, another starter from that Greensboro club, will be starting in his place.

We’ll have memories, of athletic excellence, of unbridled joy, and of an incredible life story. Those memories are now tempered by the saddest echoes of what might have been.

View all posts by ghoppe